Micah, the son of Imlah is one of the lesser known prophets of the Old Testment. He was a prophet who was least favored and esteemed by King Ahab. King Ahab wanted to conquer Ramoth-Gilead, a Levitical and free town on the northern border of Gad, which the Syrians had formerly captured, and were retaining. King Ahab sought the help of Jehoshaphat, the king of Judah. Jehoshaphat agreed to help Ahab but suggested to seek guidance from the Lord. Ahab called four hundred of his prophets and got a positive counsel. But Jehoshaphat was not convinced and he wanted a prophet of the Lord. So Ahab is compelled to send for Micaiah the prophet, whose messages were always unfavorable for Ahab. Micaiah is told to prophesy in favor of the king as the other prophets had done. But the true servant of the Lord God was not willing to compromise. He replied to the messenger with these words, “As the Lord lives, what the Lord says to me, that I will speak.” We see the boldness of the prophet to stand for the truth and even risk earning the wrath of the king. Ahab was very angry at his prophesy and had him put in prison. Both the kings went to war and Ahab died in the war as the prophet had predicted. 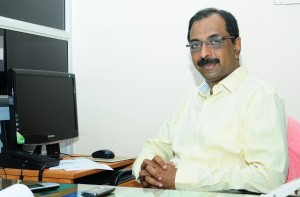 Like Ahab, people today are seeking messages that are in line with their wills and plans. They want to hear what suits and favours them. We need people like Micaiah who will speak the message of God even if it is unfavourable and unpleasant to hear. But such people will be a minority and it might be lonesome at times standing up for the truth. They may have to face imprisonment and even death.

UESI family is called to be different. We are called to speak the truth and our messages may not be pleasing to the majority. Today, we seldom hear messages about God’s Judgment and Justice. It is our responsibility to speak about these and be the conscience of the Church.