(Written by Dr. Alexander George with inputs from Christella and Vino Cheryan )

God in His sovereignty choose to test them 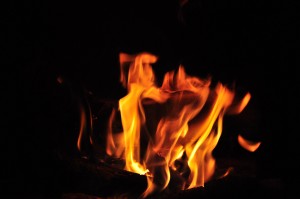 At one corner of my large but messy study room is a rather unusual flower vase – a two feet tall conical cane basket woven by tribal artisans from Jharkhand, capped as if it had no head, with a disproportionately small bunch of bright yellow flowers – this is Kutrus Memorial. It was placed in my home by Cinni (Christella) and Vino Cheryan (Active members of the Thiruvananthapuram EGF, now pursuing Post Doctoral studies in USA) on the first death anniversary of Kutrus…their first child who was allowed to live and die with dignity…

Vino had attended my session on abortion at the Premarital Conference at Eddapally, Kochi. After marriage both Vino and Cinni sat through my session on abortion for a second time during a Family Conference at Highfield, Kotagiri. They were fully convinced that human rights begin at conception, that the unborn foetus had the right to live and that abortion was tantamount to nothing less than murder.

God in His sovereignty choose to test them. Here below, Cinni recalls their experience in her own words:

My husband, Vino and I had waited for this appointment with the doctor. I shivered when the Lady Doctor spread the cold gel on my skin and moved the tiny probe of the ultrasound around my belly. “Here are the little legs. See them?” The doctor went on blabbering as she seemed to recognise the other body parts from black and white computer images that made little sense to me. But all of a sudden, the doctor grew silent.

“Your baby has Anencephaly.”

The doctor pointed to the screen and said, “Do you see the head here?”  “The top part of the head is missing. Your baby has anencephaly—which means the brain never developed.”

Vino stared back at me in a blank expression of shock. “How will our baby live without a brain?” he asked.

The doctor hesitated. “Many are stillborn. Some live after birth for a few minutes, but there’s nothing you can do.”

I held the sides of my abdomen and cried. “But baby kicks all the time and I’ve taken my vitamins and eaten healthy foods.” I reached for Vino’s hand.

The doctor handed me a box of tissues. “There’s nothing you’ve done wrong. You didn’t cause this problem, nor could you have prevented it. It’s a genetic disposition.”

“What will baby look like when born?” Vino asked.

“Normal except for the sunken top of the head. It’ll be open and hollow where the brain would have been.”

I couldn’t talk. Vino held me as his tear-filled eyes searched to comfort mine.

“What do we do now?” Vino asked the doctor. 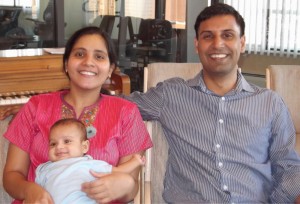 “We can schedule an appointment for you to deliver the baby next week. We’ll induce labour and abort the baby so you won’t have to carry it for the remaining term.”

Vino put his hand on my shoulder, and with firm voice simply replied:  “I’m sorry.”

I don’t remember getting up from the examining table or walking out the door to go home. We went home and prayed for guidance and decided to get a second opinion. Did I have to deliver now? What was the risk of carrying the baby full term?

Godly believers in the medical fraternity assured us, “Yes, your baby may have anencephaly, but there’s no more risk in carrying the baby to full term than there is for carrying a healthy baby to full term. You don’t need to go in for an abortion now.”

We prayerfully decided to let God determine the birth date instead of going in for an abortion. We wanted baby to be a part of us for as long as possible. We lovingly named our yet to be born foetus Kutrus.

My abdomen grew and I smiled at Kutrus’ movements. I sang to Kutrus as I caressed my abdomen. I felt sad that Vino couldn’t experience the sacred little tingles that tightened my bond with Kutrus.

There were times I prayed for a miracle that baby would be born healthy, but realistically I knew I needed to accept the probability that this wouldn’t happen.

“Why can’t the doctor operate and give Kutrus a new brain?” I asked, but I also told myself: “Doctors can’t perform that kind of surgery” Vino would chip in to say: “It’s sad, but after Kutrus is born, Kutrus will go to heaven to be with God.”

Eventually, I began to pray that our little bundle would be born alive, for just a few minutes, so I could hold Kutrus in my arms while he took his last breath. I waited for God to decide his natural birth date.

Two months before my due date I went into labour.

“I don’t want anything for pain.” I told the doctor as I lay on the birthing table. I secretly believed that delivering Kutrus without drugs would increase his chances of living for a few minutes. My dream came true. Kutrus lived for few minutes—long enough for me to hold him and feel his warm bare flesh against mine. He didn’t cry, but his little arms and legs moved slowly and peacefully.

God graciously allowed us to say goodbye to our newborn baby.

‘He is a heavenly citizen and we have to send him with honour’ said Mr.  James Varghese, IAS even as the Brethren Assembly graciously made arrangements for the funeral.

When I returned home from the hospital, I roamed the house in painful tears. The emptiness was hard to let go, but in waiting for his birth, we had learned to respect life—however short it may be…

The support we received from the Thiruvananthapuam EGF and especially from Mr. George K. Mathew and his wife Smitha Chaechi was immense.

Exactly one year later, when Kuturs Memorial was placed in my home, it helped to bring closure for a couple who had chosen to walk the narrow path. They look back with joy at that journey travelled with much agony and pain. Today Cinni and Vino have been blessed with a healthy baby boy whom they have named Joash – a name chosen to give expression to parental aspirations of growing up the boy to take a Godly stand in a world where values are at stake. (Read 2 Kings 11, 12)

The few minutes of life that Kutrus lived in this world were not in vain. The story of how Cinni and Vino chose to take the pregnancy forward full term had already challenged many. Through this article Kutrus’ story will stir the hearts of a 1000 readers.

Dear reader, you have lived long enough to read this article, but when is it that your life stirred the conscience of over a thousand people? Kutrus lived only for few minutes, but his life was worth living….and his simple memorial in my home continues to speak…a solemn reminder of a life well lived in a world where values are at stake.

Contact Vino and Christella at the following Email ID: christella.n@gmail.com